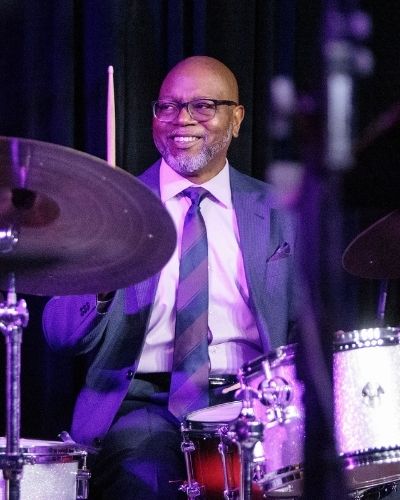 The Valley’s own Lewis Nash is recognized universally among the great drummers in jazz history. Nash, whose career spans more than four decades, has appeared on more than 500 recordings, 10 of which won Grammys. He is the only musician in jazz history featured on Grammy winners in both “Best Jazz Vocal” and “Best Jazz Instrumental” albums.

Nash, a native of Phoenix, has toured, recorded and performed with jazz royalty Oscar Peterson, Dizzy Gillespie, Stan Getz and Wynton and Branford Marsalis. In 2017, Nash joined the Arizona State University faculty as the Bob and Gretchen Ravenscroft Professor of Practice in Jazz. The Lewis Nash Scholarship Endowment is awarded annually to a jazz-performance student.

Buy To This Event Directions